Growing up In New York meant that I chose Autumn as my favourite time of year.  When I moved to England I was surprised to find that my favourite season changed to Spring. Spring in England is special.  English gardens are beautiful and the grass is always green. What I was slow to realize was the reason that Autumn lost its appeal until I made the recent trip to New York to attend my daughter’s wedding.  Autumn leaves are more vibrant and colourful in the US.  In England, leaves change only slightly and we don’t get much oak leaves. After doing a bit of research, I discovered there are certain weather conditions that need to happen for the best Autumn (or “fall” as we Americans call it) colours.  What is needed is a warm wet Spring combined with a sunny cool Autumn. Basically, Autumn in England (and most of Europe) is cloudy rather than sunny. Personally, I think it’s good that New York has such spectacular Autumn colours. A lot of what you see is pretty grey and dull looking most of time in most areas.

While I was staying at the Catskills ( home town of Rip Van Winkle), the colours were amazing and yet funny enough we met some locals who informed us that the colours were a let down this year due to too much wind and rain.  Really? Take a look at these pictures I took while visiting a local Buddhist temple: 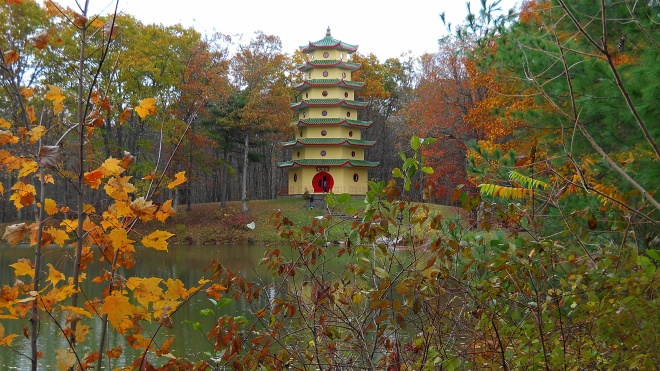 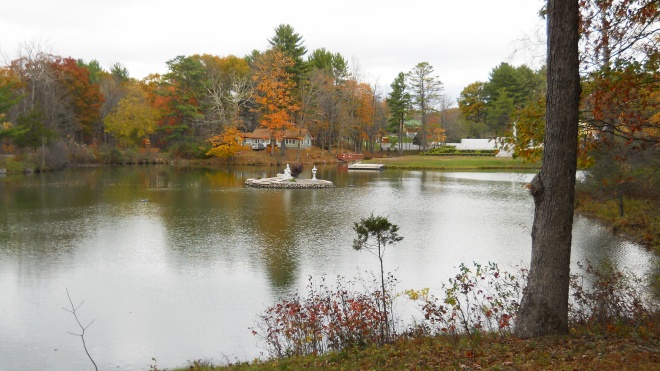 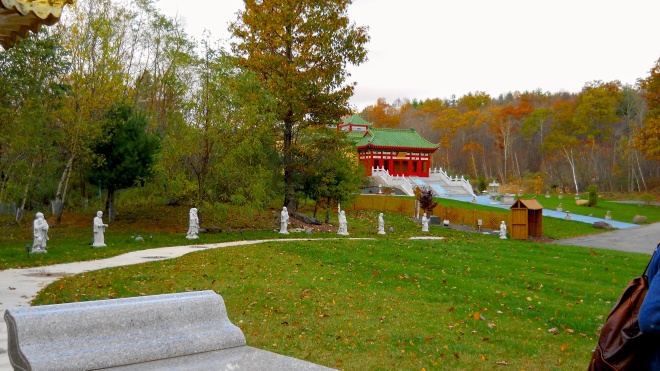 These colours really make me want to bring the outdoors in.  I didn’t do much shopping while visiting the US as I was under strict luggage weight and bulk limit but I managed to squeeze just two things I found in Target that I simply had to have.  What do you think of this pumpkin-shaped potpourri? 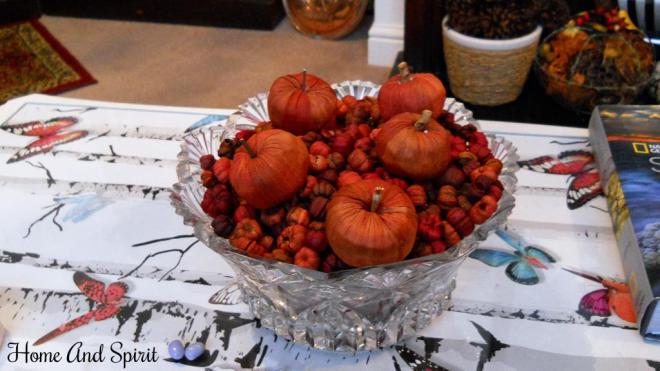 I actually added some cinnamon-apple oil essence as the fragrance was a bit too dull. 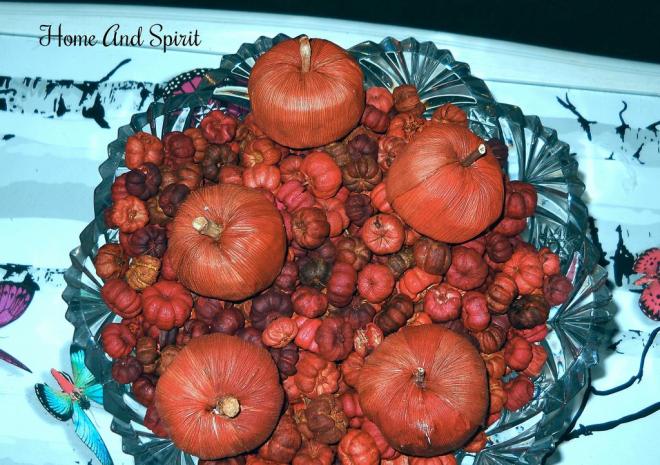 I also purchased this pumpkin made from tree bark which is the pumpkin on the right. 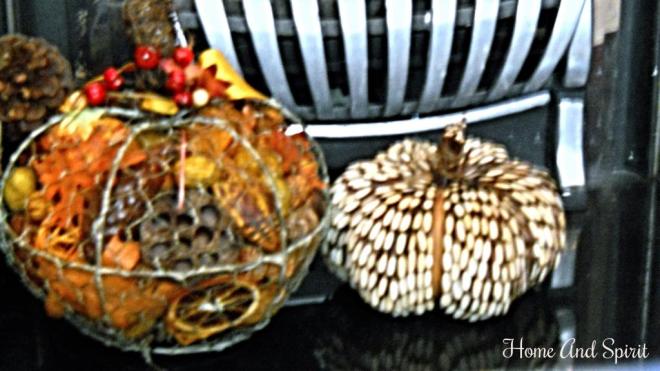 The other thing I had added to my living room was this vase filled with autumn coloured faux flowers and berries and the copper-coloured pear next to it.  I think it looks quite nice on my fireplace mantle. 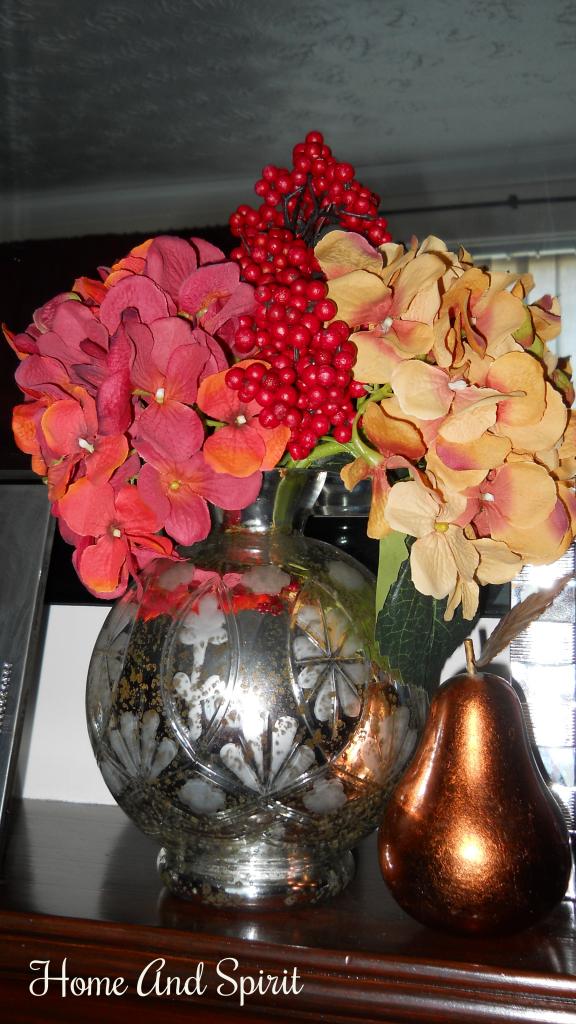 I am loving my Autumn décor so much that for the first time ever, I am not in a hurry for Christmas to come!